Roko emerged the winner from a total of 6 companies that were invited to bid for the civil works in a competitive process that started late last year.

Speaking moments after the signing, Robert Mullins said that the project has already received clearance from Mukono Municipality as well as received an Environment Impact Assessment (EIA) approval certificate from National Environment Management Authority (NEMA) and that construction “is scheduled to start immediately”.

“We are in the process of selecting other contractors to handle electrical and other associated works. We expect to conclude this process soon. All in all we expect to go live by November 2019,” Mullins said.

The Raxio Data Centre is being developed to Tier III standards and will be the first truly carrier-neutral co-location facility of its standard and shall require an investment of approximately $15 million over its life-cycle.

The data centre was designed by Future-tech, a UK-based specialized data centre design company, and Symbion Uganda, part of Symbion Group, a leading-multinational architectural firm with over 35 years of heritage in East and Southern Africa.

“We are not leaving anything to chance; we have assembled the best teams and the best contractors and are now good to go,” said Mullins.

Raxio, handed over the construction site to Roko engineers on Tuesday, March 19th 2019.

ICT giant, Oracle Corporation that intends to provide state-of-the-art cloud services solutions within the Raxio data centre- a move, expected to lower the cost of computing to Ugandan businesses.

Joachim Steuerwald, the Oracle Cloud Platform Sales Director, for East Africa last week said Raxio’s data centre was a stitch in time, saying: “Many of the data centres in the region are fairly old. Before Raxio decided to enter the market, we did not have any single Tier III data centre in the region and that has been a significant constraint to achieve the kind of uptimes that a digital economy demands and that is why we’re interested in a partnership with Raxio.”

By enabling businesses to share critical infrastructure and related services, data centres are known to cut ICT related costs for businesses, while allowing them access to the latest technologies at flexible “pay as you grow” models, that are scalable as need arises.

86.4% of IT managers working for Uganda government ministries, departments and agencies (MDAs) recently surveyed by National Information Technology Authority (NITA) said that shared services offered in data centres, such as cloud services significantly cut ICT related costs while 77.3% hailed them increased productivity and flexibility amongst a host of other benefits.

Dr. Tumubweine Twinemanzi, the Executive Director Supervision, at Bank of Uganda, also, recently challenged the financial services sector to adopt a shared technology services delivery model, so as to cut down on the cost of doing business and pass on those benefits to customers in form of reduced cost of lending.

Raxio is owned by First Brick Holdings (FBH), a portfolio company of Roha, a US-based investment firm, which focuses on responsibly investing in and building profitable businesses across Africa. FBH has earmarked a total of $50 million to invest in a network of data centres across the East and Southern Eastern Africa region by 2022. 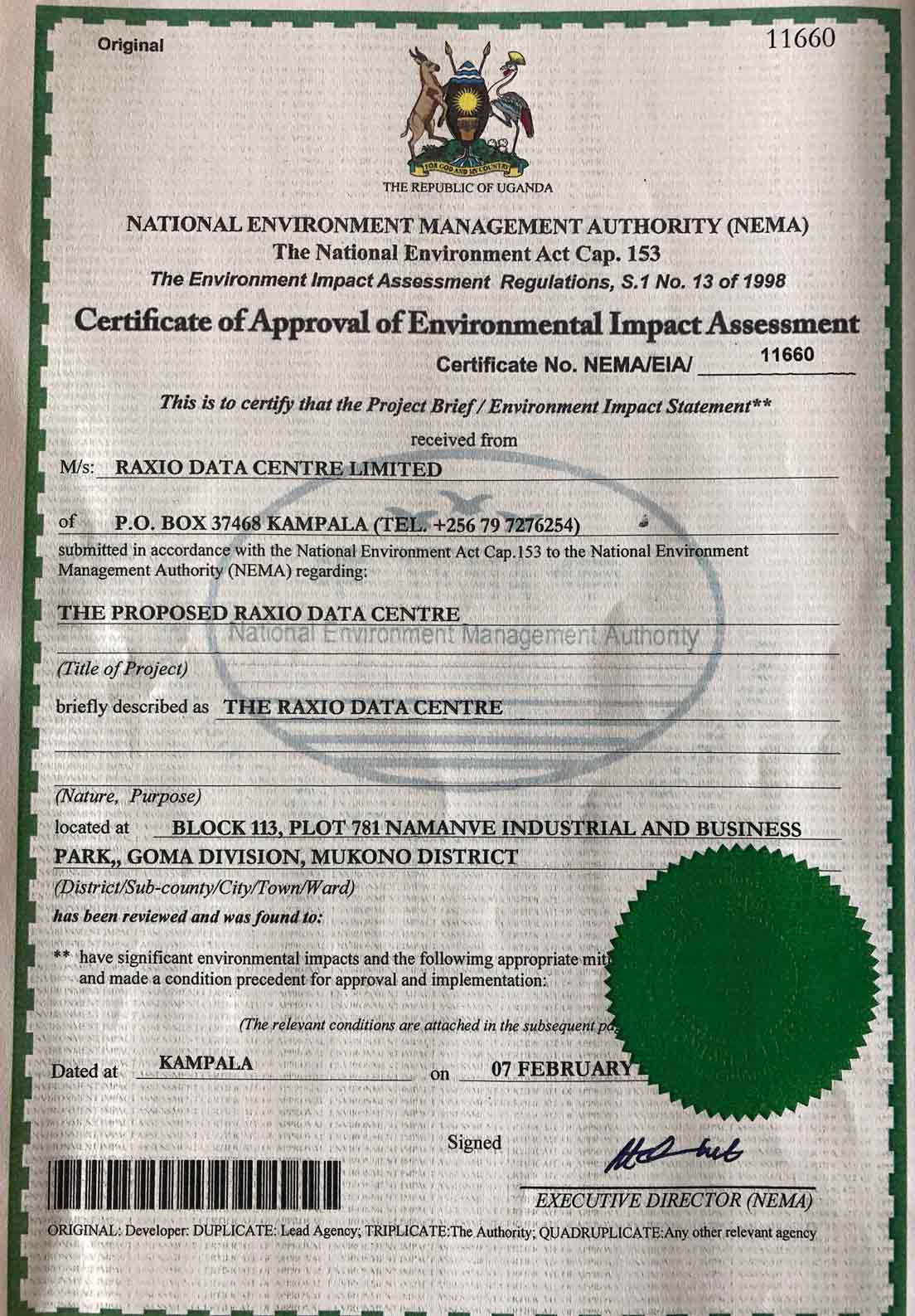 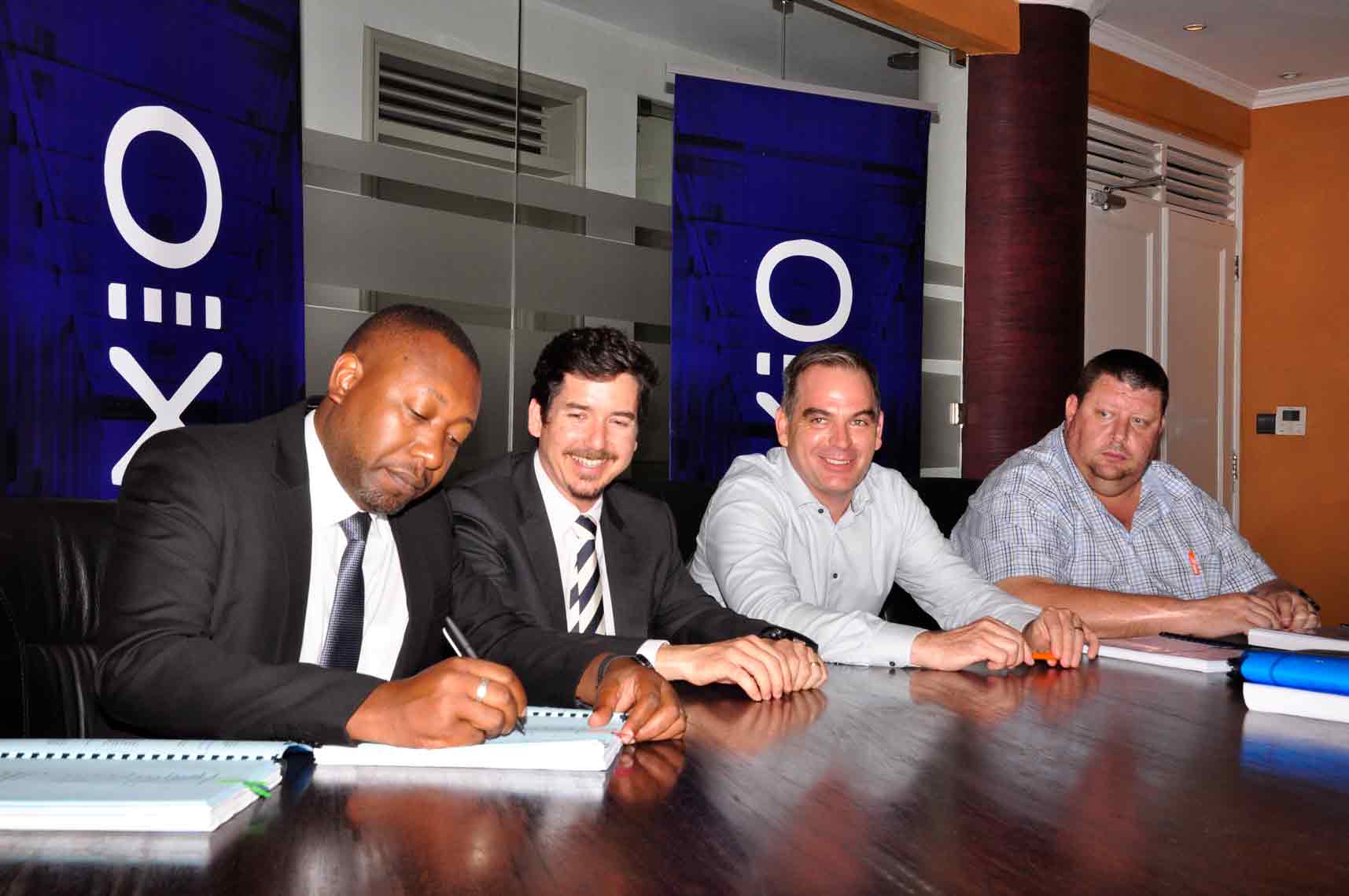 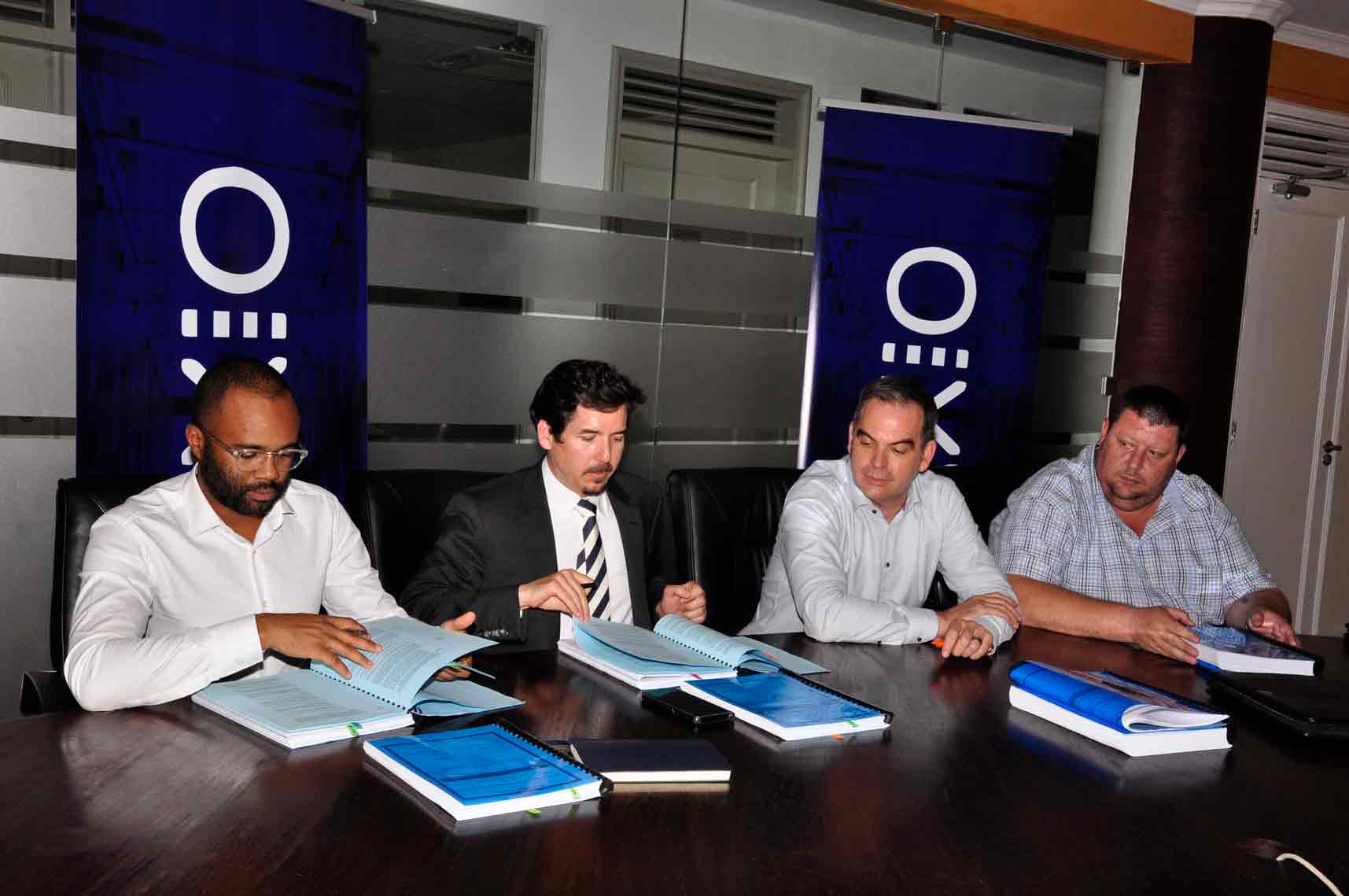 (LEFT-RIGHT)- RAXIO DIRECTORS, BROOKS WASHINGTON AND ROBERT MULLINS AS WELL AS MARK KOEHLER AND WILLIE SWANEPOEL THE ROKO MANAGING DIRECTOR AND DIRECTOR RESPECTIVELY, AT THE SIGNING OF THE CONTRACT. CONSTRUCTION STARTS AT END OF MARCH AND COMMISSIONING IS SLATED FOR NOVEMBER 2019 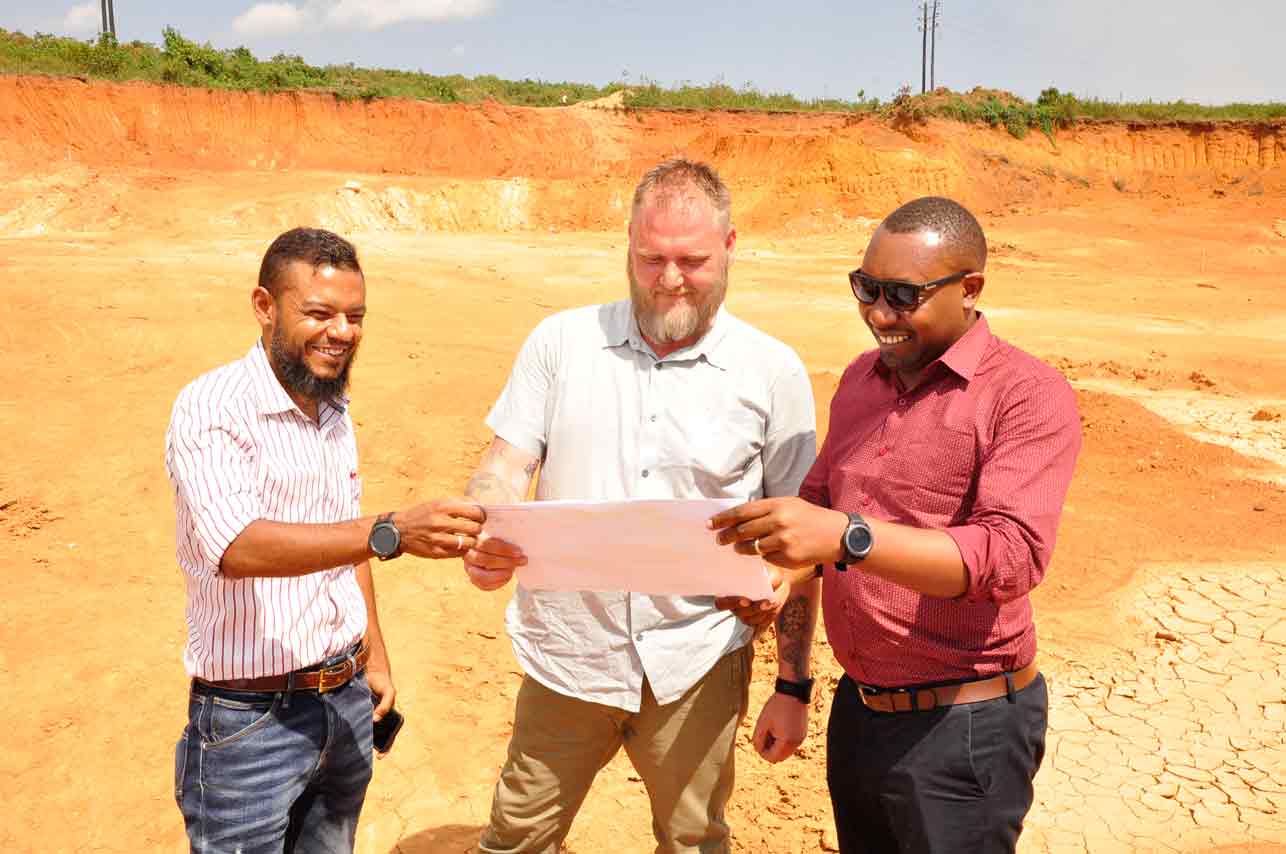 ABDUL-RAHMAN BAGUMA AHMED THE RAXIO VICE PRESIDENT- TECHNICAL AND OPERATIONS (LEFT) AND JAMES BYARUHANGA, THE RAXIO GENERAL MANAGER (RIGHT) GO OVER THE SITE PLANS WITH ROKO CONSTRUCTION’S PROJECT MANAGER, JACO MARE (MIDDLE). THIS WAS DURING THE SITE HANDOVER BY RAXIO TO ROKO ON TUESDAY, 19TH MARCH 2019 AT NAMANVE INDUSTRIAL PARK