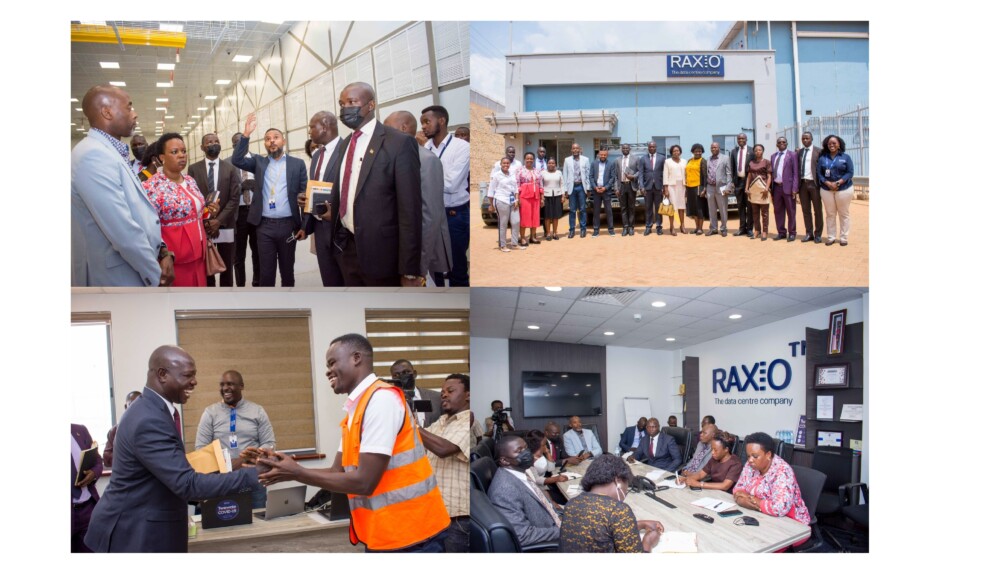 August is off to a good start at Raxio Data Centre. We hosted the Parliamentary Committee of Information, Communication Technology, and National Guidance for the 11th Parliament for a guided data centre tour on 1st August 2022.

The Committee oversees the Ministry of Information, Communication Technology, and National Guidance and covers policy matters under the Ministry.

The visit by the Committee aimed to understand the features and capabilities of Raxio Data Centre and its potential to create a positive impact on technology and national development in Uganda through technology, skilled development, and employment opportunities. To support the growing digital economy in Uganda, the government will play a vital role in the development of its foundation.

‘I don’t see a strong case for the government to build its own data centre, come and partner with Raxio instead. It’s much more cost-effective and operationally simpler for government institutions whose core business isn’t managing a data centre infrastructure,’ said Abdul-Rahman Ahmed, VP Technology and Operations at Raxio.

He continued by emphasizing that organizations should focus on their core businesses and entrust their data centre needs with a purpose-built, professionally managed facility like Raxio.

The Committee, led by the Vice Chairperson, Hon. Nabeta Igeme was guided around the facility by Abdul-Rahman, who walked through the design of the facility and its role in the digital economy of Uganda and the region.

On completing the tour, the committee members were impressed by the facility’s features and operating team. ‘I thank you very much for the initiative to be able to invest in Uganda to the tune of 15M USD. It is a good initiative considering it must have been difficult to convince some of your shareholders that they should invest in a data centre in Uganda,” said Hon. Igeme.

In his address, Hon Igeme agreed with Abdul-Rhaman’s remarks on entrusting all data centre needs to an up-to-standard facility.

The Committee encouraged future engagements with Raxio and remained open to supporting the private sector in building critical infrastructure for the betterment of the country.

Raxio Data Centre in Uganda is a part of the wider Raxio Group that is focused on investing in, building, and operating world-class Tier III data centres across Africa. Through its investments and hands-on approach, Raxio seeks to address the latent demand for critical data centre infrastructure that will drive digital transformation across the region and be a foundational stone to underpin growth in the digital economy and connect Africa to the global data economy.

In Uganda, Raxio UG1 is a centre-piece of infrastructure supporting the growth and digitalization of the Ugandan economy as it is the first of its kind in Uganda, operating as a carrier-neutral facility, and meeting the international Tier III standard. It has the capacity to host up to 400 racks and deliver 1.5MW of IT power to ensure the equipment housed within operates optimally, 24/7, in a fully safe, secure and redundant environment.

Interested to find out more about our services and how Raxio Data Centres can support your business? We are happy to answer your questions. Fill out the form and we’ll be in touch as soon as possible.